Child Labour - A Curse to Innocence

Have you ever seen a child working in industrial sites, shops, hotels etc for a few pennies? Well, an engagement of child (below the age of 14 years) in economic activities is considered as Child labour. 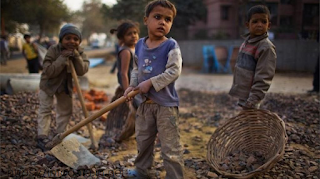 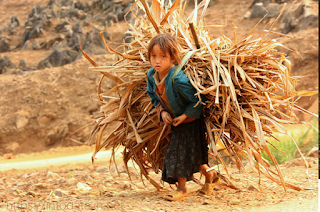 Children are working for livelihood in their childhood phase instead of learning basic and fundamental manners is so heartbreaking. The major cause of child labour is due to poverty, informal growth of the economy, unavailability of schools and poor parents who influence their child to work in restaurants, sites work, or even pick rags. Children works in hazardous conditions carry loads heavier than their weight and work in domestic households for the sake of small money. Nowadays, child labour and child abuse become the greatest ailment spreading all over the world and should be resolved. Every year statistics of child abuse is increasing and especially in case of a girl child. 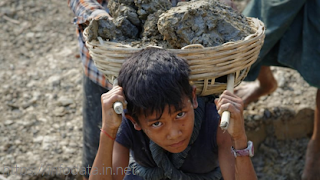 Government has formed a special organisation with proper officials which deals with child labour issue and help out children from such circumstances. Many non-government organisations are also making efforts to eliminate child labour curse from society. Even we as responsible citizens can reports cases of child labour happening in our nearby place. Eradication of this jeopardy is only possible with collective efforts of government and people. The extent of this problem needs coordinated efforts from all sections of society to make a difference. The major focus should be given to prevent child labour as "CHILD IS MEANT TO LEARN NOT TO EARN". These innocent kids are the fortune of our country. Support and protect these pillars of the nation. 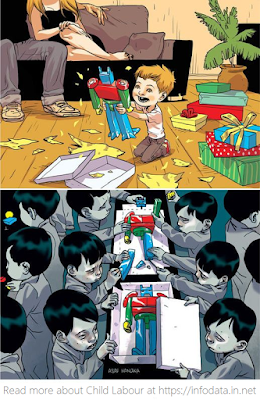 Child Labour - A Curse to Innocence